Heartbroken and praying for all affected by this senseless tragedy.

Kill me now. 🙂 Yesterday Kara and I ran 2.5 miles in 47 degree weather AFTER eating sugar cookies, brownies (with icing), breakfast, and lunch in 28:35.

The holidays might be the death of me. I CANNOT say no to a student when they bring me home baked goods! I HAVE to eat them. 🙂

We did not run today because Kara took off from work to go shopping, and I didn’t want to get ahead of her in mileage. 🙂

Sidenote: I’m attempting to teach my 5th graders how to write a structured paragraph with topic sentence, detail, explanation, etc. So we did our brainstorming yesterday about the things we want for Christmas. I put mine on the board, and of course it included a treadmill. I was explaining to them that my reasons why I wanted one was because I could run on it in my house when it’s cold, rainy, or dark. One student said, “Can’t you just run in place?” 🙂

My very 1st official 10k race. What a great feeling. A chance to do something charitable by giving to children who are in need of a special Christmas AND to test my limits of running.

I knew that this was going to be hard for me because:

1. I had not run that much at all in November.

2. I haven’t run that far since April.

So I decided that I would run this one for David. My brother-in-law who lost his fight with pancreatic cancer back in April. I ran for David who can’t run anymore. We miss you and love you so much, David!

Here was what kept me going throughout the race.

A lovely picture of me um…possibly struggling? 🙂

Jingles on my shoes.

This was a great race. We ran the 5k route with the 5k runners, then just got to do the whole route again. They had signs up along the course with cute sayings-not that I can remember any to give you an example or anything. I think they might have said, “You’re really not dying, you just think you are ” or “We have paramedics on stand-by just for YOU!” 🙂

I think the 4th time I passed one guy at a water station and didn’t take water from him he was thinking I was crazy, but I told him I could usually multitask, but not while I was running. 🙂

Then it was Subway time! With a good book. At 4pm I had to walk in a local Christmas parade with my XC team-I think that was about 2 miles. Then supper. Then bed at 9pm.

It was a GREAT run and a GREAT day!

The best part of the whole race was when I looked up at around my 2.6 mile spot and saw my husband in his car in a parking lot. 🙂 He works night shift so he was on his way home from work and stayed out later just to see if he could see me even though he should have already been at home in the bed. THAT.MADE.MY.DAY. 🙂

On Sunday I treated myself to this:

According to her guidance counselor, fifteen-year-old Payton Gritas needs a focus object-an item to concentrate her emotions on. It’s supposed to be something inanimate, but Payton decides to use the thing she stares at during class: Sean Griswold’s head. They’ve been linked since third grade (Griswold-Gritas-it’s an alphabetical order thing), but she’s never really known him.

The focus object is intended to help Payton deal with her father’s newly diagnosed multiple sclerosis. And it’s working. With the help of her boy-crazy best friend Jac, Payton starts stalking-er, focusing on-Sean Griswold . . . all of him! He’s cute, he shares her Seinfeld obsession (nobody else gets it!) and he may have a secret or two of his own.

CUTE, LIGHTHEARTED, AND FUNNY! This was the 1st time I had read anything by Lindsey Leavitt-who used to be an elementary school teacher, and I LOVED it. 🙂

Payton is an organized and well, let’s just say very “studious” student. But she loses focus when she finds out her dad has MS. Or maybe when she has to find a focus object at the suggestion of her counselor which becomes the head of the boy who sits in front of her in class. That she never really knew-until now.

This was a CLEAN and WHOLESOME read so I would say 5th grade and up would enjoy it. Girls that is. 🙂

I can’t wait to read another book by this author-Going Vintage-especially if it’s written with the same kind of wittiness(is that a word?).

Flat ground is my friend. Downhill is my best friend.

We only encountered 3 dogs on our run. They were mostly ankle biters. Which could still do some damage, but they weren’t huge like bears or anything.

I’m hoping that this 10k that I signed up for this Saturday is going to be kind to me and only give me flat ground and downhills. I mean I know I can stop and walk if I want to, but I really want to run the entire race. And I know I’m “supposed” to take off the day before a race, but let’s face it people-obviously I’m not in it to win or anything. Not with my times. 🙂

So I’m still streaking minus one day! 🙂

But let’s recap what I have done this week.

Sunday I ran 1 mile AFTER I ate Mexican with the family. I wouldn’t recommend this to anyone. 🙂 I was bound and determined to continue the running streak so my husband followed me in the car with the headlights on (obviously) while I cranked out a slow and painful run. He kept yelling things at me. Like-Shannon, you’re running a little slow there. Shannon, I’ve only clocked .4. You’re Garmin(he didn’t use the terminology of Garmin seeing how he doesn’t know what it’s called.) is wrong. Shannon, how does that Mexican feel? It seems like it’s slowing you down some. I may or may not have told him to shut up. 🙂

Tuesday-Ran 1 whole mile after school with my running buddy. She didn’t yell things at me. 🙂 Score for her!

Wednesday (today)-Kara and I ran 2 miles!! YAY! What mileage!

Our plan for the rest of this week:

You know I’ve signed up for a half marathon in February-the Princess Half at Disney World? Nope. Haven’t started training for it yet. So I found a good picture that sums up my lack of training so far. 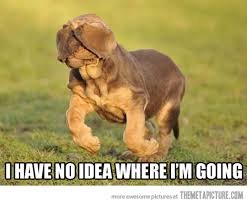 I have GOT to get started on a training program! Starting tomorrow. 🙂

By the way, I applied AGAIN for some Mizuno shoes with their Run Project. Keeping fingers crossed.

How far did you run today?

December has been my month the last couple of years to decorate the bulletin board in our hallway. Voila!

“PRESENTS AND GIFTS CAN MAKE US BOAST, BUT FAMILY IS WHAT MATTERS MOST”

Thank you, Teresa, for coming along at the RIGHT time as I was STRUGGLING to get the garland stapled at the top!! 🙂

Being 5’1 is a problem sometimes. It’s good to know people. 🙂

LOVED Sean Griswold’s Head!!!! Favorite book for the week even though The Abduction of Mary Rose was a close 2nd. 🙂

Be sure to check in next week because I am in the process of listening to my 1st audio book!!!

What was your favorite book this past week?

We can chalk that up to the timing of eating supper and the mount of supper eaten. LOL!

On the positive side:

1. I HAVE been running each day.

2. I ran everyday at my conference for the 1st time ever. Have a great Sunday! 🙂