Here’s what I digested this week.

It was a great reading week. Loved all of the books I read. And loving this one so far.

After I finish She’s Gone Country I’m not sure what’s next on my reading menu. I’m thinking about Schindler’s List. 🙂

What have you read lately? What’s up next?

YAY! I got it done. I ran 3.1 miles this evening for Run With Jess annual Jellybean Virtual Run. It was a slow one. I can totally feel it when I don’t run on a regular basis. Like I felt it for 38:15 minutes. 🙂

BUT-it felt soooooo good to run this far again! I took 4 of the 7 dogs with me up the dirt road. (Hey, don’t judge!! We are animal lovers!)

A little goofy, but we can’t all be beauty queens! 🙂

It was a GREAT Easter 2013! Hope yours was fantastic as well.

Some Easter funnies to make you giggle. 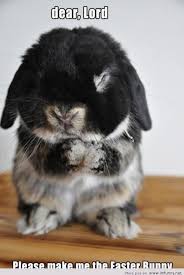 And now for the true meaning of Easter.

Have a great time with family or whatever your plans are for this special day! 🙂

True Colors is New York Times bestselling author Kristin Hannah’s most provocative, compelling, and heart-wrenching story yet. With the luminous writing and unforgettable characters that are her trademarks, she tells the story of three sisters whose once-solid world is broken apart by jealousy, betrayal, and the kind of passion that rarely comes along.

The Grey sisters have always been close. After their mother’s death, the girls banded together, becoming best friends. Their stern, disapproving father cares less about his children than about his reputation. To Henry Grey, appearances are everything, and years later, he still demands that his daughters reflect his standing in the community.

Winona, the oldest, needs her father’s approval most of all. An overweight bookworm who never felt at home on the sprawling horse ranch that has been in her family for three generations, she knows that she doesn’t have the qualities her father values. But as the best lawyer in town, she’s determined to someday find a way to prove her worth to him.

Aurora, the middle sister, is the family peacemaker. She brokers every dispute and tries to keep them all happy, even as she hides her own secret pain.

Vivi Ann is the undisputed star of the family. A stunningly beautiful dreamer with a heart as big as the ocean in front of her house, she is adored by all who know her. Everything comes easily for Vivi Ann, until a stranger comes to town. . . .

In a matter of moments, everything will change. The Grey sisters will be pitted against one another in ways that none could have imagined. Loyalties will be tested and secrets revealed, and a terrible, shocking crime will shatter both their family and their beloved town.

With breathtaking pace and penetrating emotional insight, True Colors is an unforgettable novel about sisters, rivalry, forgiveness, redemption–and ultimately, what it means to be a family.

Let me start by saying that I really liked this book. BUT- there were a few characters that I took a long time warming up to. Winona, Viv, their dad, Mark… 🙂

The other thing about this one was that time would go by in weird increments. From one day to the next. Then 2 years would slip by. I know it had to be this way because of the story, but it left me unsettled a little.

It wasn’t my favorite Kristen Hannah book but I’m glad I read it. It took me awhile to cry in this one(I cry easily!). But I pressed on and eventually got my cry in. 🙂 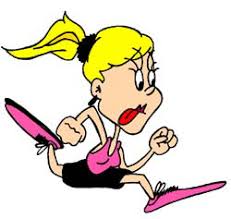 I feel so special. I wrote a guest post on the fabulous blog known as Reading Teachers Running. Check it out during your “downtime”. I know we have so much of that each day! 🙂

It’s 1936, in Flint, Michigan. Times may be hard, and ten-year-old Bud may be a motherless boy on the run, but Bud’s got a few things going for him:

1. He has his own suitcase filled with his own important, secret things.

2. He’s the author of Bud Caldwell’s Rules and Things for Having a Funner Life and Making a Better Liar Out of Yourself.

3. His momma never told him who his father was, but she left a clue: flyers of Herman E. Calloway and his famous band, the Dusky Devastators of the Depression!!!!!!

Bud’s got an idea that those flyers will lead him to his father. Once he decides to hit the road and find this mystery man, nothing can stop him–not hunger, not fear, not vampires, not even Herman E. Calloway himself.

Bud, Not Buddy is full of laugh-out-loud humor and wonderful characters, hitting the high notes of jazz and sounding the deeper tones of the Great Depression. Once again Christopher Paul Curtis, author of the award-winning novel The Watsons Go to Birmingham–1963, takes readers on a heartwarming and unforgettable journey.

I can’t believe I waited this long to read this book. I’ve always heard it was good-from adults and kids alike. Now I know.

Bud captured my heart with his politeness (I love it when kids are raised right!), his humor, and his persistence in finding his way in the life that was handed to him. Such strength. AND innocence.

There are so many parts that made me laugh out loud. The shed. The vampire. Got your attention didn’t I?

I won’t lie and say that tears were never produced, but they didn’t last, and they didn’t ravage my heart.

P.S. I LOVE Bud Caldwell’s  Rules and Things for Having a Funner Life and Making a Better Liar Out of Yourself!!

Also, this author wrote another of my favorite books-The Watsons Go To Birmingham.

We’re all familiar with Common Core. BUT-have you thought about how the standardized tests are going to be graded? How are they going to grade the critical thinking if the answers aren’t given in multiple choice bubbles but written out?

Visit NCTE’s website below to read their take on it. You’ll find it interesting at the least. You’ll find it scary at the most. See how the Gettysburg Address measure up with this idea of robo grading.

Machine Scoring in the Assessment of Writing

Then if you’re feeling spunky today (and I know you are!) head on over to this site to protest the grading by computers!!!!

Thank you for playing. 🙂

Last year, Annabel was “the girl who has everything” — at least that’s the part she played in the television commercial for Kopf’s Department Store.

This year, she’s the girl who has nothing: no best friend because mean-but-exciting Sophie dropped her, no peace at home since her older sister became anorexic, and no one to sit with at lunch. Until she meets Owen Armstrong.

Tall, dark, and music-obsessed, Owen is a reformed bad boy with a commitment to truth-telling. With Owen’s help, maybe Annabel can face what happened the night she and Sophie stopped being friends.

I need all of Sarah Dessen’s books. Like right now. Before spring break. 🙂

Written for young adults yet oldies like me enjoy them, too.

She’s an amazing author with a knack for writing about the young years.

Short and sweet this week. I have read:

I am currently reading:

I am going to read:

What are you reading? Any books that you just couldn’t put down????

I’ve been at a conference all weekend and went to a couple of common core workshops that gave a general overview of our new common core standards.

Here are some highlights from the sessions:

1. There are GAPS in the standards where certain standards have been moved to other grade levels. It is the teacher’s responsibility to find these gaps and teach them. Yeah, that’s going to be a doozy! 🙂

2. The common core calls for more rigor. This translates into the kids not just knowing or memorizing the content but being able to EXPLAIN verbally and in writing how they arrived at the answer or why they know it. They will have to APPLY their knowledge.

3. The new standards are a NEW WAY OF TEACHING. Students will have to be able to communicate effectively so this means lots of partner talk, group discussions, and writing about their learning.

4. Then of course there are the 8 mathematical practice standards which are basically “habits of mind” and the 10 literacy strands that are to be implemented in all core subjects.

Here’s a great website that the Alabama State Department has created with the standards, resources, etc. on it. Sort of a central go to place.

What kind of training have you been to for these new and rigorous national standards???