I chose my ONE word to focus on this year.

And God has already been working on me this 1st day of 2015. 🙂 Being that today was New Year’s Day I had an entire schedule made out of things I wanted to accomplish today. But God had other plans for me today and took me in a completely different direction. And that’s ok. Because this:

Proverbs 19:21-
Many are the plans in a person’s heart, but it is the LORD’s purpose that prevails.

My prayer to Him when I chose my word, serve, was for Him to reveal opportunities for me to do just that, and to make me aware of how to serve, and to guide me along the way. And He answered. 🙂

Did you choose a word to focus on this year?

While on twitter the other day, I saw where people were committing themselves to One Word instead of New Year’s Resolutions. Sounded interesting so I decided that even though I have made some goals for myself this year, I would like to choose one word that would encompass everything. Sort of like a way to focus.

A lot of my goals for 2014 are for myself- like running, reading, teaching, blogging. So the initial word that came to my mind was ORGANIZED. Because let’s face it-without being organized I will never accomplish what I want to. I even talked to my husband about this one word focus. He said that he was going to be a better husband to me this year. I told him-NO, NO it has to be just one word. (Insert here-STUPID GIRL, why didn’t you just let him DO THAT??!!??) 🙂

So he decided organized would be his word, too, seeing as we have 80 acres of land that’s divided into 3 sections IN 3 DIFFERENT PLACES. AND he works full time, we have cows, horses, donkeys. Oh, he also takes care of about 150 head of cows for a guy in another county. WHEW! Good word for him.

Later on that morning, the word CONNECTED came to my mind. I’m already connected online. Definitely! But I need to be more connected with my family-mainly my 3 kids-mainly my youngest. She’s 19 1/2 and in my opinion has chosen paths for the past 2 years that aren’t good ones. At least not ones I want for her. 🙂

THEN it happened. She called me and asked us to come to her house. She needed/wanted us to get rid of something that someone had left in the yard. Something that frightened me in a way. Not to go into too much detail here, but when we left her house and I got back home, I cried. For the millionth time in the past 2 years. That was NOT how I had wanted 2014 to begin. And in the midst of this crying, feeling sorry for myself, hoping for better things for her spell-the word came to me.

And then I realized that this word BELIEVE would encompass ALL things in my life.

Believe I can run consistently again.

Believe that I can hold my tongue when needed.

Believe that I can stop being so judgmental of people.

Believe that I can be organized.

Believe in my ability to teach and teach well.

Believe in reaching my reading goals.

Now, if you’re still reading this post and haven’t been thrown into a slumber 🙂 you should check out the book that inspired the #oneword action. 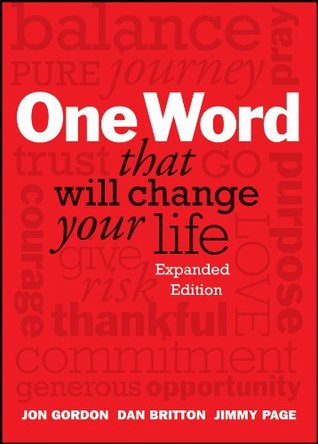 I downloaded it to my kindle and read it- It’s a short and very inspiring read.

This is my favorite quote from the book:

” Your word shapes your character. Your character influences your actions. Your actions influence others. The lives you touch and the impact you have determine the story that will be told about you tomorrow.”

And then I created 2 word clouds on Taxgedo-one for my husband and one for me. I printed, trimmed, and put on our bathroom mirrors.

I changed the color and printed another one for my little office. And check out the little plaque to the left that I already had. See the word Believe? 🙂

I have really been focusing on my word throughout each day. Like REALLY focusing on it. Here’s one example of how I tried it out yesterday.

I took the 7.5 ft Christmas tree down by myself and packed it away. During this process I said (repeatedly):

” I BELIEVE I will NOT use any bad language.”

BELIEVE is now all around me.

Even last night I was reading a picture book about Santa Claus-Well, you guessed it-the word BELIEVE was all in it!

Oh, and yesterday? My daughter called and talked to me for 1 hour and 14 minutes. I BELIEVE. 🙂

So there’s my story.

I bet you didn’t BELIEVE I was ever going to finish telling it. LOL!