Now this masterpiece was BEAUTIFUL today!!!

I was running behind all day today in everything I did. Which caused a little stress. But I made it. 🙂

Look at these miles for December.

And those are mostly WALKING miles. Sigh.

You got it. Running. Walking. Moving.

But for now I leave you with this. I’m not ashamed. 🙂

Well, folks, I learned something new this week. Which is really nothing new because I’m always learning.

But what makes this so special is that I SHOULD HAVE LEARNED THIS A LONG TIME AGO!!!!!

My nike + app on my phone that I use when I run that I’VE HAD FOR WAY OVER A YEAR can add your stats on a picture from your camera photo roll!!!

Oh, you already knew? Yeah, so did the majority of the world. Except me. Lol!

This pretty much made my day when I found out. 🙂

What app do you use when you’re running?

I ran. But look at what a foolish tweet I sent out afterwards!

Just an ordinary mistake in the life of Shannon on twitter. Can you catch it? Hint-hint. I run slowly.

1. It may not be a good idea to go 2 weeks without running.

2. It may not be a good idea to run on a dirt/rock trail in the Fall when the majority of the leaves have taken up residence on the ground.

I can’t tell you how good it feels to have run this much this week.

Now I remember why I love running!

Here’s a picture of my fave running shoes ever!

My brooks pure connect. Love them!

What shoes carry you through the miles???

These 2 things could go together. And need to go together. But in this post they will be written about as 2 separate things. So here it goes.

Today after school I ran 3 miles in 38:47 with 3 walk breaks. This is the farthest I’ve run since school started. Actually, probably since the middle of the summer. Yeah-true slacker lately!

But it felt so good! Especially during the walk breaks. HAHA!

And now I’m drinking water as I write this post. Which is also unusual. Go figure. 🙂

Ok-next up is the patience part of this post.

I have a confession. I lost my patience with my 6th graders today. A couple of times. Not the kind of losing patience where you might tend to raise your voice or yell. No-this was a “hanging my head, sort of laughing, and saying I don’t know how to get it across to you”. Yeah, that kind of losing patience. Which is not ANY better than the other kind.

So these are the things I struggled with today:

Putting the decimal in the wrong place? Quick fix. Multiplying and dividing incorrectly? I truly don’t know how to fix that in the 6th grade. Those are 3rd grade skills that have been practiced relentlessly since then.

Do I care if they know that a descriptive phrase in a sentence is called an appositive? No. I just want them to be able to use these phrases in their writing. Hence-our model sentence each week that we look at and notice and imitate.

To be fair to them, they did a good job imitating the sentence when the phrase described the subject. But when I asked them to use a descriptive phrase somewhere else in the sentence they had a hard time. Like really hard. Even after I wrote an example on the board. I guess I don’t understand why it’s so hard to imitate someone else’s writing?

3. Research-Life cycle of a star

I’ve been teaching them how to research this year. It is a common core standard. And I believe it’s a necessary skill for the 21st century. For their future.

But I guess I forgot that even though I’ve been teaching them, I still haven’t taught them EVERYTHING about it, and it’s only October. So I gave them the outline of what they would be researching. And they got stuck. If they searched for “the beginning of a star” or “the ending of a star” and got no hits, they didn’t realize that this search might have turned up something- “star life cycle”.

So after all of this, the laughing I did in my classroom wasn’t the funny kind of laughing. And now I feel bad about it.

I reflected on it after school-as I was running, on the way to dinner, when I got home, and even now as I write this. This is the FIRST year they’ve been asked to do a lot of what I’m asking them to do. I’ve GOT to remember that!

I’ve got to go easy on them. I think if they COULD do what I’m teaching them and asking them to do they WOULD do it. 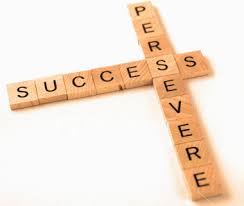 Why can’t I run everyday?

Why don’t I run everyday?

I mean, I feel SO good when I run!

And I used to run A LOT!

But now I let things get in the way: laziness, being tired, people, work, etc.

I want to be that runner again.

I will be that runner again.

Here’s the 1st step in that direction!

Let’s start with the car trouble. Scheduled to go to a writing workshop with Rick Shelton presenting as part of #NWP early this morning. Engine light on. Check oil. Seems good. But just to be safe put a little in. Oooops. Power steering fluid. Go back to trunk. Get oil. Oooops. Antifreeze. WHAT?????????????????? Did I not just commit an ultra stupid mistake??? And not one time but two?????????? Tears. A few choice words. Sweat. Called hubby. He laughed. Not funny. Waited on him to get home. Stupid car. Stupid Monday. He changed the oil and air filter. Engine light still on. Wiggled some wires. Engine light cut off. WHAT?????????????/ I missed my writing workshop for THIS? Oh yeah. Last session at 1:00. Vroooomm-vroooommm………….. Made it. Thanks, Joe, my DH. Kiss kiss. 🙂

The writing workshop was fabulous. Rick Shelton made me laugh the entire time!!!!!!!!!!! It’s the 2nd time I’ve seen him.

Here are some takeaways:

Have you ever known a child prodigy writer? Nope. There aren’t any. It takes time…..

Use picture books all the way through high school.

When writing about a text, you don’t have to quote 5 lines. Just quote the right one.

When kids ask why they have to know something-tell them so you can have options in life.

When asking kids to paraphrase-SHOW them. LOTS.

It was a FANTASTIC workshop!!! 🙂

Finally, the 5 miles. I ran 5 miles yesterday in about 63 minutes. With 8 walk breaks. YES-8 walk breaks. There were not sitting stations along my dirt road-otherwise there would have been several sitting breaks!!

These are 5 of my favorite furry friends that ran with me. They kept me going along with a very cool playlist. 🙂

I have been a bad girl. 🙂 Haven’t run in over 2 weeks. Until today. And I have the Zooma Half Marathon coming up FAST in August!!

Even though I know I can run/walk the half I STILL need to be ready. Hence-

My hubby moved it from the kitchen, where its been folded, to the spare room. He even dropped it on his foot at one point but he persevered!!

I hopped on it today for a quick mile. Well, if you know me then you’ll know that no mile I ever run is really quick! 🙂

I guess I meant a short run!

Now lets see if I can dig in and get some training done. Follow me on twitter to see if I make it! 🙂

What do you think I’ll finish this one in??

Make a guess and win a prize if you guess the closest to my actual time in August.

Come on and play. You know you want to!!!

I’ll even hold a second giveaway. If you tweet this, post on Facebook, or blog about my contest/giveaway, I will count each thing you do as a name slip.

Then after my half I will put all the names in a basket and pull one out!!! For another little prize.

No, I don’t know what the prizes will be. Heck I haven’t even been training like I should for my half so obviously I haven’t decided on the prizes! 🙂

Here’s a recap for my contest/giveaway:

1. Contest- Predict my August half marathon time by leaving your guess in a comment. Winner will be closest guess to actual time.

2. Giveaway- Spread the word about the contest/giveaway and leave a comment telling me what you did. One name slip will be pulled out of a basket. The more you spread the word, the more name slips you will have in the basket.